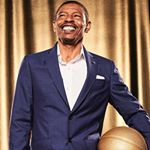 Muggsy was born January 9, 1965 in the Lafayette Public housing projects of Baltimore, Maryland. Anyone who looked at his size and environment would have defiantly challenged the idea of Muggsy: a key player voted most valuable player as he helped Dunbar High School win 59 consecutive games ranking the school as one of the top high school teams of the United States; ranking in the top ten nationally in assists and averaging nearly 12 points per game during his college years at Wake Forest University, setting the Atlantic Coast Conference record of 579 assists; a key player on the U.S National team that won the World Championship in Spain 1987; to being in the first round NBA draft; to leading the NBA with an assist per turnover ratio of 4.34, helping to lead the Charlotte Hornets to their first ever appearance in the NBA playoffs, and having a successful 14 year career as an NBA player.

It was the influence of Leone Howard and his family that helped him gain the confidence and unshakable Faith that helped him achieve his dreams even when so many obstacles were placed in front of him. Along with his passion for the game of basketball, Muggsy has always had a passion for inspiring and uplifting children. He sees their potential for greatness and instills in them the same confidence and faith that drove him to greatness. For over 23 years Muggsy has been giving back by providing basketball camps and training to the youth of Charlottes communities, all the while giving advice and guidance on life’s challenges. Over the span of these years Muggsy has influenced many lives and continues to spread his message.